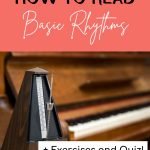 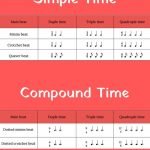 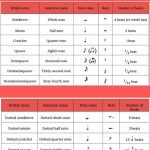 Is rhythm something you struggle with? Do you find time signatures confusing? Does counting trip you up when you’re sight-reading? Then read on to learn all about time signatures, note and rest values, how to count and how to read basic rhythms. 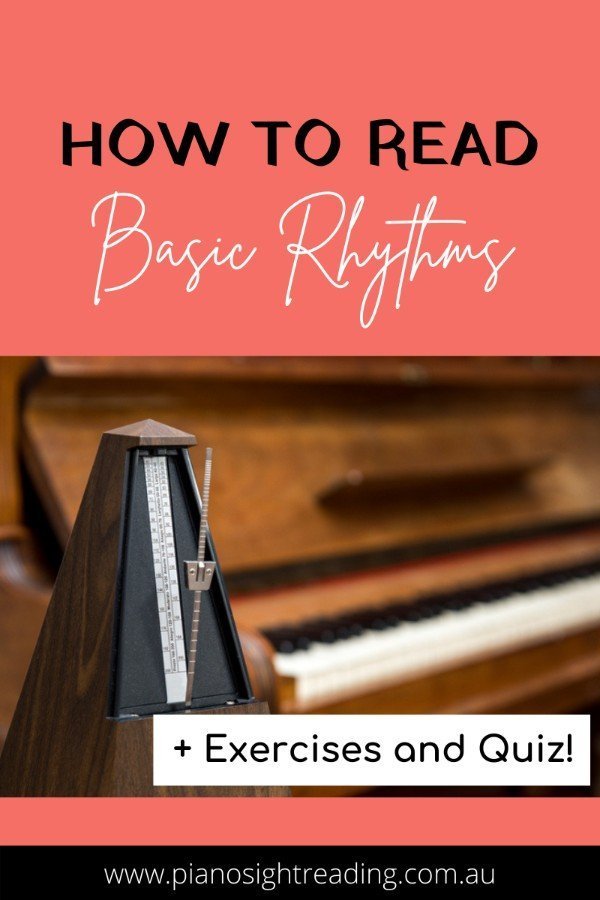 Note values represent the duration of a note, the white ones being longer than the black ones. Each note value has its corresponding rest value as shown in the table below. 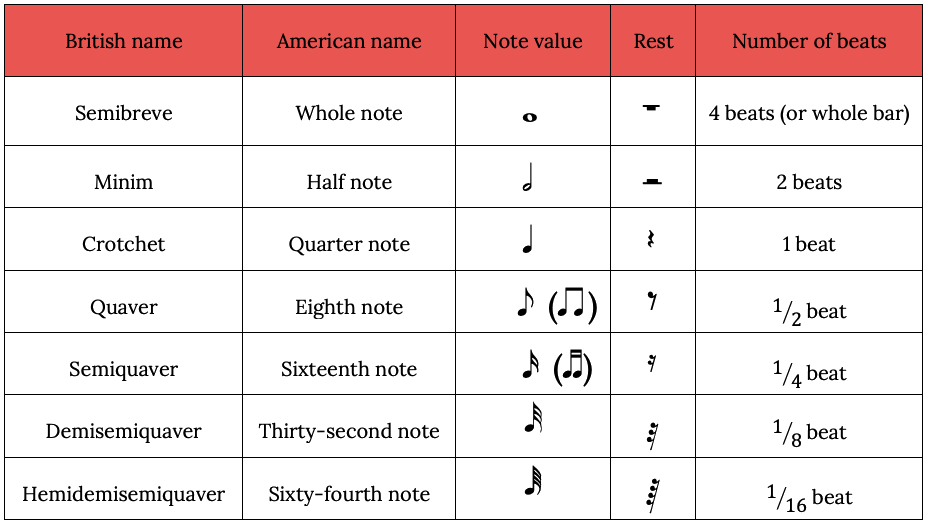 To represent more note and rest values, we put a dot after the note or rest. This dot extends the duration of the note or rest by half its value. For example, a dotted minim or rest is 2 beats + 1 beat = 3 beats.

Most common dotted notes with their corresponding rest

To arrange notes and rests in an organised manner, we use time signatures and bar lines. It would be very hard to follow a score without either of these!

The top number of a time signature tells us how many beats there are in each bar and the bottom number tells us the type of beat. 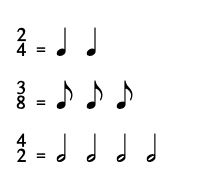 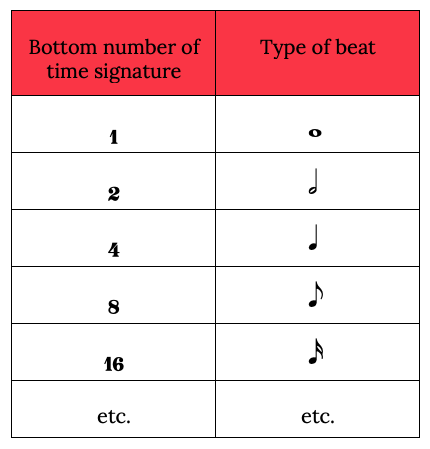 The time signatures fall into two categories: simple and compound meter. It’s important to know the distinction between the two because this will help you know how to count. 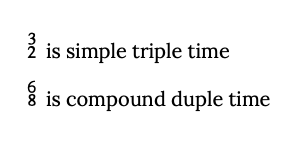 Top number of time signatures in simple and compound meter

Always count each bar in the same manner, no matter what happens within a bar, whether you have a mixture of crotchets and quavers, or a tied note, For example, the correct way of counting the following rhythm is:

In other words, if you’re in 4/4, always count the first beat as 1, the second beat as 2, the third beat as 3 and the fourth beat as 4, no matter the rhythm. And always count each bar from one. Avoid doing what some of my beginner students do and keep counting past four and count five, six, seven, etc. You’ll get completely lost if you do that!

This means that for tied notes, count them the same way as you do any other bar. For example, the correct way of counting the following rhythm is:

Tip: Try to stay aware of your downbeats (first beats of the bar) to avoid getting lost.

When you come across dotted rhythms or note/rest values smaller than the beat (quavers, semiquavers, etc.) it may help to subdivide the beat by adding extra words like “and” (represented by the + symbol) for quavers, and “e and a” for semiquavers. For example, we could count the following example in this manner:

For example, if you have an upbeat like in the following example, count in this way:

Or if the piece starts with rests like in the following example, count in this way:

Sometimes, you’ll come across pieces with different time signatures. It will start in 4/4 then go to 3/4 then back to 4/4 etc. If the type of beat remains the same, count as normal. For example:

Tip: Emphasise the first beat of each bar to help you keep track of the beats and to help you feel the change in meter (a 4/4 bar should feel different to a 3/4 bar).

It gets a little more complicated when the type of beat (the bottom number of the time signature) changes but there is a trick to making it easier: count with the lowest common denominator, that is, the smallest common note value. For example, if the piece were to alternate between 4/4, 3/8, and 2/4, like in the following example, then the smallest common note value would be quavers. So the easiest way is to count or feel the whole piece in quaver beats (as shown by the vertical lines), as opposed to switching back and forth between crotchet and quaver beats.

That’s it for this week. Congrats for making it this far! If you want to know how much you’ve understood, why not try this short quiz:

Next time, in How to Read Complex Rhythms, we’ll tackle complex rhythms such as cut common time, composite time signatures, polyrhythms, syncopation, and other ways of counting rhythm, so if you thought this was a breeze, wait until next time!

As always, if you have any questions, let me know in the comments below.

Need help with your sight-reading? Then check out

What if I told you that learning how to read music

Success in sight-reading largely comes down to pre

Sight-reading at the piano is hard. There are so m

This is one of Three Little Pieces for Rainy Days

Hi! I'm Manu, the creator of Piano Sight Reading. I'm a piano and violin teacher, composer and accompanist based in Sydney, Australia.

I started sight-reading MANY years ago - in fact, I don't remember a time when I was not sight-reading! If I made a pile of all the music I've sight-read over the years, I think it would almost reach the ceiling!

My goal is to share my knowledge with YOU so that you too can grow a pile of music as high as the ceiling!

For my best stuff, join the Sight-Reading Club, where I bring together piano players from around the world to practise all the skills required to become fluent sight-readers and more confident musicians with challenges, concerts, exercises, drills, sight-reading excerpts and much more! To find out more: https://www.pianosightreading.com.au/sight-reading-club

Is It Hard to Learn How to Read Music?
YouTube Video UCjv25NHN78so-V-r-wDHtjg_EKLWdrZmdNY

Been Playing by EAR but Want to Switch to SIGHT-READING? Here Are 7 Tips.
YouTube Video UCjv25NHN78so-V-r-wDHtjg_H-GBPs-UVY8