How to Sight-Read Piano Chords Quickly Do you find chords hard to sight-read? Does your mind go blank as soon as you see chords? Then read this article where you’ll learn some tips and exercises you can use to sight-read chords quickly. Does your brain go blank when you see chords with 3 or more notes? Do you have to stop and figure out each note before you can play them?

If this is you, you’re not alone. The more notes we have to process at any given time, the harder it becomes – whether you’re a beginner or a more advanced sight-reader.

Luckily, the chords that we usually come across as classical pianists tend to be the same types of chords.

In this article, I’ll go over these common types of chords as well as other types and give you tips and exercises you can do to familiarise yourself with chords so you can sight-read them with more confidence.

The most common type of chord in both classical, pop and jazz is the triad. A triad is a chord made up of three notes. These three notes can be arranged into any of these three combinations: root position, first inversion or second inversion.

A root position chord is a triad with the root – the first note of a scale – at the bottom. It is made up of two sets of 3rds. All three notes are either line notes or space notes.

A first inversion chord is made up of a third at the bottom and a fourth at the top.

When you see a first inversion chord, or a chord with the smallest interval at the bottom, automatically use 1-2-5 in the RH and 5-3-1 in the LH.

When you see a second inversion chord, or a chord with the smallest interval at the top, automatically use 1-3-5 in the RH and 5-2-1 in the LH.

In classical music, other common chords include the V7 (or dominant) chord and the diminished chord, which are made up of 4 notes (although sometimes the 3rd or the 5th note is omitted).

A V7 chord is a root position chord on the fifth degree of a scale with the added 7th note. For example, in the key of C major, G is the fifth note of the scale. Therefore, the V7 will be a G major triad with the 7th note (counting from G) which is F. This chord is found everywhere in classical music. It is especially prominent in cadences (chord progressions at the end of a section or piece) of almost all classical pieces such as the I-IV-I-V7-I progression. This progression is found in The Complete Book of Scales, Chords, Arpeggios & Cadences which I highly recommend.

Although not as common as the V7 chord, the diminished chord is also useful to know. It is formed by lowering the 3rd, 5th and 7th notes of a dominant chord by a semitone (a half step). It is made up of 3 minor 3rds:

Play the triads starting with the tonic then moving up the scale. Include the sharps or flats that are present in the scale you are playing. For example, the chords in G major would be:

Play the root, the first and the second inversions, then the root again, ascending then descending, hands separately or hands together. Start with C major and go through all keys or do the inversions in the keys you are practising.

To practice reading chords, take any sheet music in the style that you like that has chords and try playing them as fluently as you can, one hand at a time.

You can also practice chord drills like in this video:

Other types of chords

As pianists, we are blessed to have a huuuuuuuge repertoire spanning many different genres but that means we are bound to encounter all kinds of chords, not just the ones we’ve seen here. It would be impossible for me to cover all types of chords in one blog post!

Instead, I can offer you some advice: when you see chords that are not common chords like the ones listed above, look at the intervals that make up the chord. Look at the overall shape and determine what the interval is between the top and bottom notes. Most often than not it will be a 6th, a 7th or an 8ve so learn to identify these intervals quickly (for help on identifying intervals, see How to Identify Intervals on the Staff Quickly). Then look at the inner intervals in relation to the top or bottom note. The inner intervals will most likely be a 2nd, a 3rd, a 4th or a 5th.

Looking at the intervals as opposed to each note will greatly speed up your reading, as discussed in Should You Read the Notes or the Intervals?

Once you’ve learned these basic chords, you’re free to specialise in any style you like. For example, if jazz is your thing, look into jazz chords specifically.

Are you comfortable sight-reading chords? Which types of chords do you find challenging to sight-read? Let me know in the comments below!

Some of the links in this description are affiliate links which means I may get a small commission if you purchase the product I recommend but at no extra cost to you. This helps support the blog and allows me to write articles like this every week. So thanks in advance for your support! 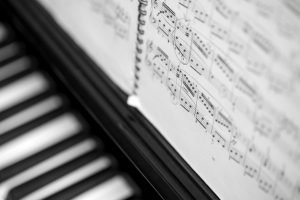 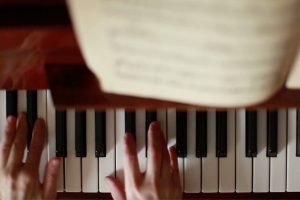 2 comments on “How to Sight-Read Piano Chords Quickly”

Oh this was so helpful! Look at the bottom note and play the interval! Why didn’t I realize that! Can’t wait to get home and try it out. Between your site and videos and Cory Hall’s “Sight Reading and Harmony” book, I feel like I’ve found the gold mine!

Hi Kelly, I’m glad you found it useful! Yes, try it out and let me know how it goes.